I enjoy collecting quotations - so much so, that I have a banner of sticky notes adorning a doorway in my house. That got me to thinking about family mottoes, coats of arms and so forth. You know, some visual representation of how wealthy, mighty, clever, bloodthirsty, etc. a family was.

Now, my family does not have an official coat of arms. You won't find us in Burke's Peerage or the Social Register or any of that ilk. However, if we WERE to have a battle cry to strike fear and terror into the hearts of our enemies on the battlefield, I'm pretty sure it would be "Never pay retail!" (C'mon, I'm pretty sure that if you translate that into Latin, it'd sound darned impressive. I'm willing to offer a shiny nickel to the first Gentle Reader to properly translate that for me. Graphic artists should also feel free to submit suggestions for a coat of arms to go along with the fierce battle cry. A raven holding something shiny in her sharp talons would be a good start.)

At any rate, today I cantered onto the field of battle to test my mettle by jousting against hapless retail clerks. My goal - to complete my Whedon collection of DVDs by obtaining the middle three seasons of ANGEL. Somehow, I had the first and fifth, but nothing in between - it was high time this injustice was addressed and rectified. Besides, Best Buy was running a sale.

Now, I have to buy on sale. It's in my blood; don't blame me. But yes, I'll agree that it's a little like hunting the wounded. Then again, if I buy it, I'm putting it out of its misery, and that's a kindness, right? Heaven knows, I display my best kills along the walls of the living room. "Yes, quite right, Quigley, old chap. Bagged that one on a journey down the Amazon. (Amazon dot com, that is.) Fierce fight he put up, too. They do that while protecting their young, don't you know. Thought I'd have to walk away at one point when he refused to give me the discount, but finally he was made to see reason. Field-dressed him before he could change his mind and he's been there on the second shelf ever since."

The rain was slashing down, just like in a good post-noir film. Perhaps I was to be the femme fatale of the piece, utilizing my feminine wiles to get my way with a wink and a wiggle. No - that image won't hold. I neither heard smoky saxophones playing as I slid my legs from the car to the Ridley Scott-wet pavement nor was I wearing a trench coat and calmly smoking a cigarette as I awaited the arrival of my feckless accomplice.

Best to stick with the jousting image. My trusty steed was sure-footed and got me to a prime parking spot. He's been loyal to me, but the final retail battle must be mano a mano. He knows this and even nickered softly, wishing me well, as I strode onto the field. I was able to swiftly spot two of my three targets, but the third was well concealed and it looked as if I would have to leave without full satisfaction. A few minutes of steely negotiation tempered with humor then ensued. My efforts were greatly aided by the magic shield of an Internet coupon, which they really shouldn't have honored, but this is where the other weapons of a true Knight can be brought into play. A Discount Knight worth her spurs has quite an arsenal at her disposal and her sense of what blade to use at what time has been carefully honed through many years of training at swap meets, yard sales, auctions and so forth before even considering tackling the Goliath of a national chain. (Let us not speak at this time of the Great Beast known only by the whispered name of "Day After Thanksgiving." To say his name is to grant him power.) My third target was located, hiding away back in the stockroom, no doubt hoping to avoid detection. Realizing the hopelessness of their situation, all three targets were subdued and bagged.

With a swipe of a credit card and a (hopefully dazzling) smile, the transaction was completed and my blood lust satisfied. As I swaggered towards the automated double doors, I think I heard this exchange in my wake.

"Just what exactly was she?"
"That - that was a Discount Knight, son. And be glad there was only one of her; if they'd been hungry enough to travel in a pack, you wouldn't have this story to tell your grandchildren. She was feeling generous - she only cut our prices."

I think I heard my spurs jingle-jangle.
Posted by Dale Guffey at 10:21 PM

It is always nice to start the day of with a laugh and this post provided it for me. (And yes, I now it is now the afternoon, but the computer wouldn't load the comment page this morning.) So glad you got what you were hunting!

know, not now! really my typing skills leave much to be desired.

Okay, you made me laugh at loud, and caused my roommates to stare at me!

If I had know you were going, you could have picked up the X-Files sets that I need to complete my collection. Oh well....

Max: I can easily swap you for some Torchwoods and Whos . . . leaving today to get my toes in the sand for a few days and I'll be blissfully offline for the duration, but I'll be back early next week. And remember the Can't Stop the Serenity screening on the 23rd in Charlotte! More details at charlottebrowncoats.org.

Ladies and gentlemen, we have a winner! Max, please stay on the line for details about picking up your shiny nickel! 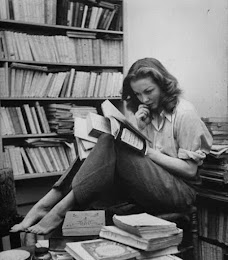 Copyright. It's not just a good idea. It's the law.

It really is - see Article I, Section 8, Clause 8 of the United States Constitution.

What I Think Is True